of these we write

all the rest
dandelion fluff

Edge of the Void

On the Edge of the Void.

(This piece appeared in the Feb. Fernie Fix)

On the afternoon of December 14th, Cory Brettman rode the Silver Queen Gondola rising out of the town of Aspen 3,267 feet to the summit of Ajax Mountain. At the top, he skied off to skier’s right, passed through a ski area boundary gate and entered the Richmond Ridge “side-country” of Ajax Mountain.
With the advent of open gates on ski areas, there is an in-between zone that has become known as the “side-country”. Not true backcountry, side-country is frequently skied terrain close to the ski area. Not patrolled or controlled, side-country is the casual backcountry.
Cory and I go way back. For years we lived in Breckenridge where he skied on pro-patrol and eventually became one of the top snow control folks on the mountain. He skis like a panther. Smooth. Strong. Nothing seems to faze him. Terrain. Conditions. Visibility. He simply skis.
On off-days we climbed. A lot of ice and a bit of rock. One Fall he went down to the Yosenite Valley returning with a string of great climbs and even better stories. Close to twenty years ago, he moved from Breckenridge to Aspen where he carried on as pro patrol and continued snow safety work.

We live on the edge of a void. Hold your finger and thumb together, just touching. Hold them in front of you. That is the distance between this life and the void beyond.
What you believe doesn’t matter. A life after death. Heaven. Hell. Nothing at all. Or a reincarnation reflecting your acquired karma in this incarnation. On the other side lies a void.

Our valley gazed into the void this week with the death of eight snowmobilers. An avalanche buried three of a party of seven. Two were quickly pulled out and all turned to working to extract the last buried member of their party. Soon joined by four more, they worked feverishly together to rescue the last man. Another avalanche dropped off the mountain and buried the entire group. All of them. One man managed to break free. He uncovered another lying close to the surface. Together they found a third man and started to uncover him. Another avalanche roars off the mountain, they run for their lives leaving the half uncovered friend pleading, “Don’t leave me”. He is buried a third time. They rush back, unbury him completely and help him to the surface of the snow.
In a quick search, the sole transceiver they locate is the signal from the last man still buried in the first avalanche, now covered by a second and a third. They leave believing the area too dangerous to stay while hoping a GPS 911 signal has been received by the outside world.
As they reach the edge of the bowl, the whole middle of the mountain’s face lets loose and roars down running across the area where only minutes before they stood. As they watch, where they had been standing, and the snow under which their friends lie, is buried once again. This time by a wall of running snow 15 feet high and half a kilometer wide moving at maybe 90 kilometers an hour. Turning again, they continue walking down the very track they rode in on not so very long ago. Maybe 30 or 40 minutes earlier.
Their lives. The lives of every person in the valley changed in one way or another. Husbands killed. Father and son killed. Brothers killed. Buried. In a moment. Helping. One still buried and 10 trying to get him out. Eleven buried. Two get out. One partially uncovered and then buried again. He is finally pulled out. The three walk away.
They have stood at the edge of the void. The point there the thumb and the forefinger touch. The point where there is no space, none, between life and death.
And they walked.

Cory dropped into a little chute called Powerline.
At eight that night concerned friends called search and rescue. He’d not showed up for dinner as planned. The Aspen Ski Patrol found Cory, one of their own, a little after nine. The slide was small. Only three feet at the fracture and dropped a couple hundred feet. It threw him into some trees and buried him. One ski broke the surface of the disturbed snow and he was found by probing close by. He was skiing alone without a transceiver, probe or shovel. Just dropping in for a quick shot.
He left a wife of almost two decades, a five and an eight-year-old daughter. And changed the meaning of December 14th for a host of us forever.
Over the years, maybe Cory skied that little side-country chute a thousand, two thousand times? I have the same favorite duck-into spots. A host of them in Breckenridge. And several here newly found in my few years on this mountain.
Familiarity. Complacency. Comfortable. Easy.

We forget the distance between the thumb and the forefinger, just touching, at the very edge of our vision.
I already have a reason to remember December 14th. My daughter’s birthday. Now I have another reason to remember that day. As we age, individual dates stack up like books across a shelf with remembered lives. Some still here and some gone. All mixed up.
The platitude “They died doing what they loved” is only that, a platitude. Trite. Meaningless. It speaks nothing to the life that was lived, the life lost and the lives left behind now moving on alone.
Waking, we start the next day, wondering “Why them?”
And me?
On December 14th Cory dropped into a chute on Aspen Mountain. On December 26th, I became the oldest living member, the oldest male, on one side of my family. On December 28th eleven men rode into an alpine bowl and forty-five traumatic minutes later three walked out.
We live on the edge of the void.

The Streets of Fernie

The Streets of Fernie
I live in a town where a skateboard is considered a reasonable and viable form of transportation.  In the summer and on warm fall days, long boards share the road with mountain bikes, townies, the occasional road bike, SUV’s and a small smattering of ‘normal’ cars. Normal in the sense of cars most of North America buys but the sort that really will not work in a town receiving 11 metres of now every winter.
The skateboards run in two sorts.  Long boards preferred for the move around mode.  Two and a half feet to four feet long, these fairly stiff boards are stable platforms for moving fast and quickly around town. Hills are their forte.  Long, fast hills.
One of the earliest proponents of long boards was Jim Bowdin of Breckenridge.  In the late 70’s, a Summit County Sheriff busted Jim going 55 in a 25 mph zone down Buffalo Road, operating a toy on a public highway and several other equally absurd charges.  The Judge Tucker, simply amazed Jim survived, tossed the whole deal.
The other boards are shorter and more at home in the skate park than barreling down a hill or down the highway.  With turned up ends, relatively flexible, they bank off planters, curbs and the occasional bench.  And still they find their way into the street and weave between the SUV’s and bikes.
On any warm day in Fernie, it is common to find a couple boards standing in the line-up at Freshies waiting for a coffee or chai.
Our bikes are another story.  Commonly, your mountain bike is worth more than your car. Easy.  So it’s not wasted rolling around town on simple errands.  At the end of a ride, you might end up at the Brick, locking your mountain bike to the rail, but for the most part, for around town, you ride a townie.
Townies come in a wide variety of flavors.  Old beater mountain bikes are common. Better yet, classic pristine early mountain bikes.  Old balloon tire likes are a premium and seriously sought after. Any 30-year-old bike holds high status as a townie.  For those without the patience to search out a classic townie, there are retro townies spouting up left and right.  A combination of classic styling and modern lightweight construction, the retro’s are becoming the bike of choice for swinging into Overweightea’s for a quick bag of groceries or dropping downtown for a beer late in the day.  Baskets and saddlebags make them serve a dual purpose as transportion and haulers.
I know winter is close when walking downtown, a dreadlocked Quebecois skates quickly by, on her long board.  Waving in passing, she is chased by her black lab mix with two white toed feet. Tiny, maybe 5 foot 2, and slender, she’s a seasonal cat driver on the mountain.  We’ve walked downtown together in snow storms and walked toward our homes after shopping at Overweightea’s talking about the conditions, news and whatever comes up.  I still don’t know her name.  Simply that she’s my harbinger of winter and the snows to come.
And any day now, she’ll be walking, her dog carrying his leash in his mouth as the falling snow hides the mountains surrounding our valley. 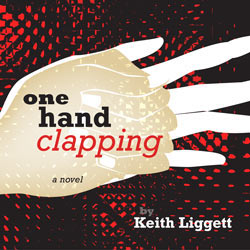